Chicago, IL. –21Elementz Film Group will have their first Chicago Screening Premiere at Chicago Filmmakers, a non-for-profit media arts organization that fosters the creation, appreciation and understanding of film and video.
21Elementz Film Group, an organization founded by Langston University students, will screen their short film collection at 7 p.m. on September. 17, 2016 at the Chicago Filmmakers, located 5243 N. Clark St. in Chicago’s Andersonville neighborhood, one block north of Foster. The screening will feature work from local filmmaker Terry Haynes Jr. and colleague Julian D. Jackson. In addition to short films, the screening includes unique categories such as movie trailers and a live Q & A.
The admission is $8 dollars to enter and/or attend. The 21Elementz team looks forward to meeting fellow filmmakers, actors, cinematographers, and composers. The team is excited about the opportunity to showcase their creativity, talent and promote their films.
“This is one of the greatest opportunities to even be a part of,” said Terry Haynes, local filmmaker and founder of 21Elementz. “My team has been very influential and aggressive the past few years, and the opportunities just keep opening up. This is so perfect, especially in my hometown.”
“Now is the time for us to be really recognized and push forward with our dreams, and with God, no one can stop us,” Haynes said.
21Elementz Productions was formed in 2010 by four Langston University students – Terry Haynes, Julian Jackson, Mauricio Griffin and Carla Dunn. The students have a passion for producing films and working in the filmmaking industry.
For more information about 21Elementz, visit their blog at
www.21elementz.com 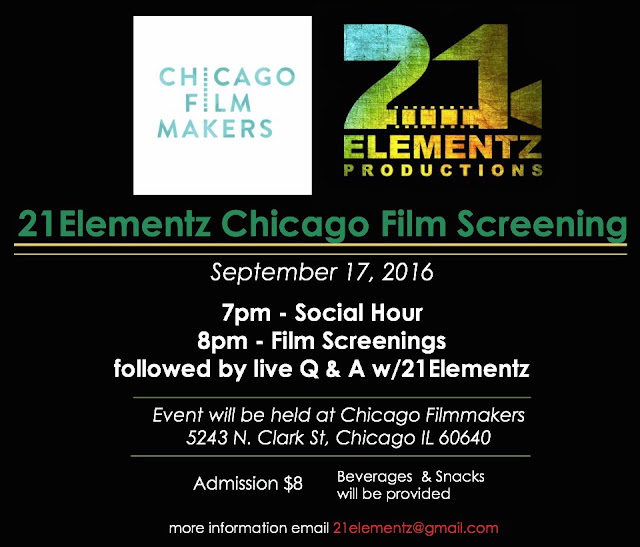